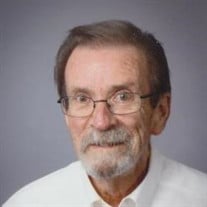 Once upon a time, there was a round table where Rushville Elks 1307 members and friends gathered on lazy afternoons to share drinks, stories, and comradeship. Many of those individuals are no longer with us here on earth. On 21 Sep 2019, Timothy L. Jones has joined those who went before. Tim was born in New Castle, Indiana on 8 Jul 1946 to Robin Hiatt and Mary Ellen (Hart) Jones. He graduated from Connersville High School in 1964 and attended Wabash College and Indiana State University before going to work for Farm Bureau Insurance in Indianapolis as an insurance adjuster. It was there that he met the love of his life, Carol S. Miller-Harrison and they were married at Woodland Heights Christian Church in Crawfordsville, Indiana on 21 Mar 1970. Tim and Carol moved to and lived in Santa Monica and Hawthorne, California; Bloomington, Indiana; Omaha and Phillips, Nebraska; and Norwalk, Iowa before settling in Rushville in 1992. Tim spent his life devoted to his family and his beloved B. P. O. Elks where he was a 50+ year member. He served in numerous offices, as well as Exalted Ruler of this organization in Nebraska, Iowa, and Rushville. It was his great honor to serve as Exalted Ruler simultaneously with his father in 1993-1994 , who was serving as Exalted Ruler in Connersville. He served as Indiana Southeast District President in 2004-2005, but his proudest service was as District Deputy in 2005-2006 even though it meant commuting from Florida where he was temporarily working as a Catastrophic Claims Adjuster. Tim is survived by his wife, his son Scott and wife Lisa, his daughter, Rain, and his beloved granddaughter, Ellen Chen Jones. Also surviving are his mother, his sister, Patti (Danny) Harris, and two nephews, Dennis Brett (Barbara) and Darrin Lee Harris, and his devoted dog, Reggie. Tim has requested cremation and a private graveside service, but his family invites his family and friends to join them on Friday, September 27, at the Rushville Elks for an Elks Memorial Service at 4:00 followed by a Celebration of Life until 8:00 p.m. In lieu of flowers, donations may be made to the Elks National Foundation in his name.

Once upon a time, there was a round table where Rushville Elks 1307 members and friends gathered on lazy afternoons to share drinks, stories, and comradeship. Many of those individuals are no longer with us here on earth. On 21 Sep 2019, Timothy... View Obituary & Service Information

The family of Timothy L. Jones created this Life Tributes page to make it easy to share your memories.

Once upon a time, there was a round table where Rushville Elks...

Send flowers to the Jones family.