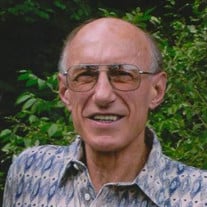 Robert E. “Bob” Duff, 71, a longtime Greensburg resident passed away Wednesday, December 18, 2018 in Indianapolis, IN. Bob was born in Rushville, IN on August 31, 1947 to the late Delbert Foster Duff and Florence Isabelle (Wines) Mourey. Bob was married to Vickie Reeves from 1972 till 1991. Bob worked as a welder for Vibration Eliminator and retired from Hill-Rom after many years of service. He was a member of Lifeline Wesleyan Church in Greensburg, IN. Bob enjoyed playing the drums and riding motorcycles, especially his Harley Davidson. Bob is survived by 4 sons, Jerry Adams and wife Sally of Thompson, GA, Jason Duff and wife Tracy of Greensburg, Mike Adams of McCordsville and Robbie Allen Baker, daughter, Dawn Koohns of Glenwood, 7 grandchildren, 4 great grandchildren and his special friend Susan McFall of Washington. In addition to his parents, Bob was preceded in death by a brother, Norman Duff, a sister Patty Ficklin, Infant daughter Lonn Evon and a step grandson, Dustin Jones. Services will be held at 1 PM Friday, December 21, 2018 at Moster Mortuary, Rushville. Pastor Doug Preston will preside. Friends are welcome to visit at the mortuary from 11 AM Friday until the time of service. Burial will follow in Rushvile’s East Hill Cemetery. Memorial contributions may be made to the American Cancer Society.

The family of Robert E. "Bob" Duff created this Life Tributes page to make it easy to share your memories.

Send flowers to the Duff family.