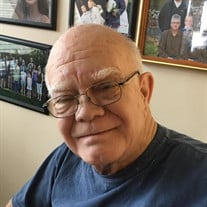 Richard Randell Douglass, 81, passed away on June 24, 2020. He was born July 16, 1938 in Rushville, Indiana to the late Jack B. and M. Christine (Randell) Douglass. He was a 1956 graduate of Rushville High School and attended Butler University before returning to his hometown where he met his life-long love and partner in everything, Judy Ann Maple. The two married August 11, 1963 and are forever linked at the heart and hip. Dick joined his father as a manufacturer’s representative for fine casual furniture in the mid 1960s and established a successful career with Winston Furniture Company, of which he would become part owner. He proudly advocated for his customers which spanned Indiana, Ohio and Michigan. High quality was imperative and his diligence earned him the Mr. Tenacity award in 1990. It also earned him salesperson of the year and membership in the million-dollar sales club. Despite offers to move to more lucrative sales territories, Dick prioritized family and small-town life over his commission-only sales job. He worked very hard and traveled a great deal, but if he was within 200 miles of home he always drove to get back to Judy and the kids. His office and his life was at home near family where he loved to drop by Jerry’s body shop, Uncle Larry’s car lot and catch up with Sally just around the circle. Dick loved everyday life with Judy and they made their dreams come true creatively working as a team. There was always a project in the works or a plan for adventure. Dick loved a road trip. Every year, the Douglass bunch would go on a summer adventure. Whether it was duck boat rides in Michigan, gemstone mining in the Carolinas, exploring a battleship, climbing a mountain in the Smokies, or camping along the sands in Myrtle Beach, there was always a tent camper, van or motorhome packed up and ready to roll come July. Dick and Judy took to the open road for an adventure to the western United States in 1990—where they followed the Lewis and Clark expedition and discovered beauty like they had never seen. After retiring in 1997, they wintered in North Fort Myers, Florida and new Canadian friends sparked adventures north to Nova Scotia. They also did a lot of driveway camping in order to spend time with grandkids. Dick and Judy relocated to Hamilton County, Indiana in recent years but remained loyal to home by returning every few weeks to keep appointments, have a meal and shop in Rushville. They could never really leave home. Dick was a good and loving man in every sense. He had a gentle hand and soft heart. He led by example giving everyone room to be themselves. He taught his children to be happy and curious and kind, to stand up for what they believe and have the confidence to work toward their dreams. He is survived by his wife of 56 years, Judy; loving children, Beth Ann (Greg) Silcox, Westfield; Steven Richard Douglass, New Salem; and Sara Jeanne (Matthew) Gottron, Port Clinton, Ohio; brother, Jerry (Bonnie) Douglass, Rushville; sister, Sally (Donald) Barnes, Rushville; sister-in-law, Donna (John) Hunter, Terre Haute; as well as four nieces and two nephews. He was incredibly proud of and dearly loved his grandchildren, Logan (Maria) Douglass, Erin Silcox, Nathan Douglass, Claire Silcox, Jacob Gottron, Natalie Gottron, Riley Douglass, and Emma Gottron. They will miss him so much. His only great-grandchild, Mason Richard Douglass held a special place in his heart and made him happy. To safeguard everyone’s health, the Douglass family is choosing a private family burial at East Hill Cemetery in Rushville. When the time is right, they will host a celebration of life and take their dad on a road trip or two to places he didn’t get time to visit. Moster Mortuary in Rushville is handling arrangements. In lieu of flowers, please send memorial contributions in his name to the Rush County Community Foundation, 117 N. Main St., Rushville, IN 46173.

Richard Randell Douglass, 81, passed away on June 24, 2020. He was born July 16, 1938 in Rushville, Indiana to the late Jack B. and M. Christine (Randell) Douglass. He was a 1956 graduate of Rushville High School and attended Butler University... View Obituary & Service Information

The family of Richard R. Douglass created this Life Tributes page to make it easy to share your memories.

Send flowers to the Douglass family.