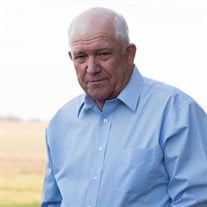 Ralph M. “Mike” Dixon, 71, a lifelong Glenwood resident, passed away March 20, 2020 at his home. He was born June 22, 1948 in Connersville to Ralph E. & Virgie (Carmony) Dixon. Mike was a 1966 graduate of New Salem High School & served during Vietnam with the US Air Force. He married Karen S. Richardson on August 16, 1997 after having been together since 1983 and she preceded him in death on March 26, 2013. Mike worked at H & H Robertson for several years. He also worked many years for D&M in Connersville. He was a member of the Orange Christian Church. Mike enjoyed Coon hunting, cutting firewood with friends, drinking coffee and telling lies. He loved attending any activity involving his grandchildren and spending time with his family. He spent time with his daughter reminiscing about time spent with his wife, cracking jokes that made himself laugh and making up words. He loved his family and he was so loved by his family. Survivors include his daughter, Brandi (Brian) Johnson of Rushville, adopted daughters, Megan Arroyo-Hernandez and Marrissa Dixon, a brother, Edward (Linda) Dixon, Sr. of Norco, CA and grandchildren, Sam & Sarah Johnson. Mike was preceded in death by his parents, his wife and his sisters, Loretta Kay Hinton & Sandra S. Guffey. Services will be private and burial will be in the Orange Cemetery in Fayette County. Mike Hedrick will preside over services. Memorial contributions may be made to the Fayette County Cancer Society, PO BOX 480, CONNERSVILLE, IN 47331-0480. Moster Mortuary, Rushville, entrusted with arrangements.

The family of Ralph M. "Mike" Dixon created this Life Tributes page to make it easy to share your memories.

Send flowers to the Dixon family.