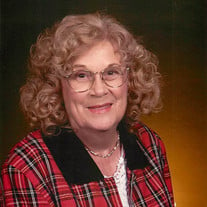 Pollyanna (Polly) Bridgewater Rhynearson Brown, 93, passed away on April 22, 2022 at her Rushville, Indiana home. She was born on October 13, 1928 in Sellersburg, IN to the late Roy and Helena (Haas) Bridgewater. Polly was a graduate of Silver Creek High School in Sellersburg, IN. She graduated from Ball State University in 1953 and later earned two master’s degrees. Polly married Hal Rhynearson in 1950, and they had three children. They were divorced in 1970. She was active as a leader for both Girl Scouts and Cub Scouts. In 1990, Polly married JR Brown. They lived on a farm outside Rushville. Together, they lived a busy life traveling and attending many Purdue University sporting events. Polly brought the joy of learning to 1st graders as a teacher in Knightstown, IN for over 35 years. She enjoyed a vibrant and active life, regularly playing bridge with friends, participating in the Retired Teachers Association and local home economics club, and attending Rushville’s St. Paul United Methodist Church. She traveled through all 50 states of the USA and much of Europe during the course of her life. Polly was a longtime patron of the fine arts. She enjoyed attending performances by the Indianapolis Symphony Orchestra and seeing plays at the Indiana Repertory Theater and Clowes Hall. She was also a talented ballroom dancer, winning numerous ribbons and trophies. Polly is survived by her daughter, Diane R. Dunham of Rushville; brother, Ted Bridgewater of Louisville, KY; grandsons, David (Karen) Dunham of Fairmount, IN and Robert Rhynearson of Ingalls, IN; and two great-grandchildren, Basil and Sophia Dunham of Fairmount, IN. Polly was preceded in death by her husband JR Brown, sons Richard and James “Jim” Rhynearson, and brother Larry Bridgewater. The funeral services will be held Wednesday, April 27, 2022, at 11:00 a.m. at Moster Mortuary, Rushville, with Pastor Lonnie Goen presiding. Friends are welcome to visit the family on Tuesday evening, April 26, 2022 between 4 PM- 8PM at the mortuary. Burial will be held at Anderson Memorial Park Cemetery at 2PM. Memorial contributions may be made out to St. Paul United Methodist Church.

Pollyanna (Polly) Bridgewater Rhynearson Brown, 93, passed away on April 22, 2022 at her Rushville, Indiana home. She was born on October 13, 1928 in Sellersburg, IN to the late Roy and Helena (Haas) Bridgewater. Polly was a graduate of Silver... View Obituary & Service Information

The family of Polly Brown created this Life Tributes page to make it easy to share your memories.

Send flowers to the Brown family.