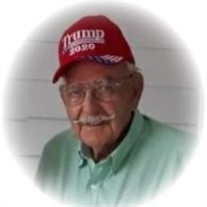 Marvin (Popper) L. Cole, 86, of Moscow, Indiana passed away on January 9th 2022 at his home. He was born on December 17, 1935 to the late Lloyd A. and Von (Gardner) Cole. He was a 1954 graduate of Milroy High School. He joined the army reserves in 1958 and was honorably discharged as a Corporal in 1962. He married Roberta Sue Martin on June 26, 1960 and she preceded him in death in 2013. Marvin and his wife farmed 3 third generation farms for which he has proudly received two Hoosier Homestead Awards. The family will receive the third award in 2022. They owned and operated Cole’s Grocery Store expanding the business in 1974 to include guns and sporting goods. Marvin’s true passion was guns. He received his first gun as a high school graduation gift. He loved making a deal and could recall every detail of every gun he ever sold (this also made for great story-telling). The business moved to Greensburg in 1976 becoming Guns and Tackle, Inc. from which he retired after 39 years. It was the largest privately owned gun store in southeastern Indiana. Marvin’s charismatic personality and inclusive nature was a large part of his success. He made life-long friendships through his business. Marvin was a Reserve Deputy on the Rush County Sheriff’s Department for 25 years. He served Rush County as Councilman for 10 years and County Commissioner for five consecutive terms (the longest in Rush County history). Throughout his political career, Marvin was instrumental in various projects within the county. He aided the acquisition of grants for the Manilla, Carthage and Posey township fire departments; the Mays and Anderson township sewer projects; and the western regional sewer project. Other major projects included the renovation of the Rush County courthouse, the Rush Memorial Hospital expansion and ambulance service, the upgrading and preservation of the covered bridges, the Emergency 911 implementation, the Fiber Optics project and the county-wide GIS mapping. Marvin worked diligently with the other elected officials to ensure the county remained economically and financially stable. As a Rush County Commissioner, Marvin served on the Rush County Drainage Board, the Three Rivers Solid Waste Management Board, the Area Plan Commission Board and the Rush Memorial Hospital Board. He continued to serve on the Rush Memorial Hospital Board for a total of 27 years and in 2020 was honored by having the ambulance building named after him for his years of dedication and service. Marvin was also a member of the Rush County Heritage. In 2008 Marvin was selected as one of two Indiana farming residents to be included in the book, American Farmer – The Heart of Our Country. In 2009 Marvin was the recipient of the Distinguished Hoosier Award. Marvin was a member of the Moscow Cemetery Association Board, Rush County Republican Party, Lifetime member of the NRA and Moscow Christian Church. Marvin was so much more than these accomplishments. He made friends easily and was really Popper to many. He was a true friend and always had a hand to lend and a story to tell. He had great perspective and gave great advice. He was an accomplished trap shooter. He had a competitive nature and loved to play games – playing euchre and dominoes weekly until his death. He truly relished beating the grandkids at monopoly and euchre. He also enjoyed his pets and was particularly fond of basset hounds and bull dogs. He was a jokester and you hoped you were not on the receiving end. Marvin is survived by his three daughters: Linda Ging of Rushville, Pamela (Jose) Guzman of Fort Wayne, and Kate (Stephen) Kuhn of Milroy; grandchildren: Cole (Chelsea) Ging of Rushville, Schuyler “Skip” (Liz) Ging of Rushville, Jose and Miguel Guzman of Fort Wayne, and Carlie and Claire Kuhn of Milroy; great-grandchildren: Rylie and Graham Ging of Rushville and Leland Ging of Rushville. Marvin is also survived by his special companion Linda Chandler of Milroy. Marvin was preceded in death by his parents and brother Edwin Cole. Services will be held at Moster Mortuary in Rushville at 11:00 am on Monday, January 17th with visitation from 2 pm – 6 pm on Sunday, January 16th. Burial will be in the Moscow Cemetery. Pastor Howard Bullard will preside. Masks will be required for all attendees for all services. Memorial contributions may be made to Rush Memorial Hospital, Diabetes Foundation, the National Rifle Association, or the Big Flatrock Christian Church.

The family of Marvin L. Cole created this Life Tributes page to make it easy to share your memories.

Send flowers to the Cole family.