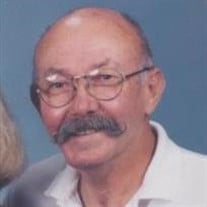 Joseph H. “Nick” Pike, 81, of Arlington, IN passed away Sunday, July 22, 2018 in Greenfield, IN. Nick was born in Rushville on March 8, 1937 to the late Joe and Isabel (Schrader) Pike. Nick was a lifelong Rush County resident. He married Ivanna Farlow on December 30, 1961 and she survives. Nick was a member of the Knights of Columbus and a lifelong member of Rushville’s St. Mary Church, he was a devout Catholic. Nick retired from Federal-Mogul after working there for many years. He enjoyed woodworking, archery and was an amateur gunsmith. In addition to his wife Ivanna, Nick is survived by a daughter, Marguerita Honaker and husband Terry of Connersville, a sister, Mary Sheehan of Rushville, 2 grandchildren, Aries Pike Marc Honaker, Vienna Maria Smith (Honaker) and husband Charlie, 2 great grandchildren, Christian Lee Honaker, Noelle Elise Smith and many nieces and nephews. Nick was preceded in death by his parents and a brother, David Ross Pike. A memorial service will be on Saturday, August 11, 2018 at 2 PM in Moster Mortuary, with Father James Brockmeier presiding. Friends are welcome to visit the family from 12PM-2PM in the mortuary. Memorial contributions may be made to the American Cancer Society.

The family of Joseph "Nick" H. Pike created this Life Tributes page to make it easy to share your memories.

Send flowers to the Pike family.