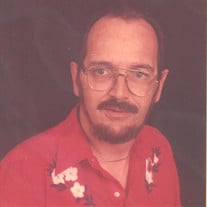 John P. Boncutter, 75, a long time Laurel area resident, passed away May 31, 2018 at his home in Laurel. John was born January 26, 1943 in Dayton, OH to John W. & Alice (West) Boncutter. He was a 1961 graduate of Stiver High School in Dayton, OH. John served in the US Army during Vietnam. He married Barbara S. Lynch on July 1, 1989. John retired in 2005 from Hillenbrand Industries in Batesville where he worked in the tool room since 1974. He loved his grandkids, fires and his dog, Ginger and grand dog, Buddy. In addition to his wife, Barbara, of Laurel, he is survived by his sons, Phillip (Kelly) Boncutter of Greensburg and Alan Murray (Tim Taylor) of Hartsville, daughters, Beth Ann Shultz Camper (Kenny) of OH, Bonnie Smith of KY, Bernice (Gary) Maxie of Laurel, Kathryn Murray of Laurel and Shannon Smith of Connersville and grandkids, Morgan & Jarred Boncutter. John was preceded in death by his parents and a brother, Jim. Services will be held at 1 PM Monday, June 4, 2018 at Moster Mortuary, Rushville with Pastor John Wall presiding. Friends are welcome to visit at the mortuary after 11 AM Monday until time of service. Burial will be in the Laurel North Cemetery. The Brookville Veteran's Honor Guard will provide military rites at the cemetery. Memorial contributions may be made to the American Heart Association.

The family of John P. Boncutter created this Life Tributes page to make it easy to share your memories.

Send flowers to the Boncutter family.