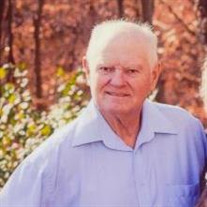 James Van Evans, 69, a lifelong Rushville resident, died December 14, 2019 as the result of a car accident near Versailles. He was born May 15, 1950 in Rushville to Gene & Betty (Knecht) Evans. He was a 1968 graduate of Rushville Consolidated High School and a 1972 graduate of Indiana State University with a degree in Environmental Management. He married Debbie (Purcell) Walker on July 10, 2002 and she survives. Jim is also survived by his son, Michael Gene Evans of Sellersburg, step-sons, Scott Walker of Rushville and Jason (Valeri) Walker of Terre Haute, sisters, Nancy A. (Robert) Leising of Milroy, Margie (Clyde) Cordray of Evansville, Diane Stevenson of Phoenix and Bettigene (Jerry) Gilpin of Rushville, a brother, William F. (Regina) Evans of Rushville, grandchildren, Austin Walker, Brandon Walker, Taylor(Luke) Young, Brenan Walker & Ethan Walker and adopted grandchildren, Chance, Zaine, Braityn & Elli Bentley. He was preceded in death by his parents and a sister, Susan J. Jones-1989. Jim was first employed with the Rush County Health Dept. as Sanitarian for 3 years but spent 35 years working for IDEM as an Environmental Inspector. Jim was an avid golfer, following in his father’s footsteps! He played in high School and as a walk on for Indiana State the first 2 years before receiving scholarships the last 2 years and playing as their #1 golfer. In his career, he won 14 club championships and made 13 Holes in One! He was known to his golfing friends as “The Legend”. He took great pride in coaching the Rushville High School girls & boys golf teams for 17 years. He was endeared and greatly respected by all his players. Besides golf, Jim was an avid IU Fan, he loved to play the horses and was quite skilled playing craps at the casino. There will be a time to remember Jim from 4-8 PM Wednesday, December 18, 2019 at Moster Mortuary, Rushville. Memorial contributions may be made to First Tee of Indiana, 2625 Hurricane Rd., Franklin, IN. 46131.

James Van Evans, 69, a lifelong Rushville resident, died December 14, 2019 as the result of a car accident near Versailles. He was born May 15, 1950 in Rushville to Gene & Betty (Knecht) Evans. He was a 1968 graduate of Rushville Consolidated... View Obituary & Service Information

The family of James Van Evans created this Life Tributes page to make it easy to share your memories.

Send flowers to the Evans family.