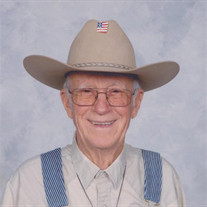 Howard Lower, 92 of Rushville, passed away at home on February 15, 2019. He was born on August 25, 1926 in Rushville to the late Lavern and Zeola (Merrill) Lower. Howard was a 1944 graduate of Manilla High School. He married Norma Jean “Jackie” (Carpenter) Lower on June 2, 1946 and she survives. Howard was a long standing member at Rays Crossing Christian Union Church. Howard was a proud United States Army Veteran that served in Korean War. In support of the United States Army he proudly went around to the Rush County Schools for the Veteran’s Day Programs and Parades. He was the man behind the message, America Bless God- Mathew 25; 31-46. Howard loved farming in Rush County all of his life. He enjoyed fishing, riding motorcycles, and socializing at the Rush County Fair and Steam Show. In addition to his wife, Jackie Lower of Rushville, he is survived by his sons, David (Mindy) Lower of Rush County and Doug Lower of Rush County; grandchildren, Olivia (Dillon) Noah, Jocelyn Lower, Genna Lower, Clayton (Megan) Lower, Curtis (Lindsey) Lower, and Bryce Lower; great-grandchildren, Amiyah Campbell, Craiger Lower, Kase Lower, and Alton Lower. Howard is preceded in death by his brothers, Lewis E. Lower and Irvin “Fuzz” Lower. Services will be held on Thursday, February 21, 2019 at 10 AM in Moster Mortuary, with Pastor John Wall presiding. Friends are welcome to visit the family on Wednesday evening at the Mortuary from 4PM-8PM. Burial will be held in East Hill Cemetery. Memorial contributions may be made out to the America Bless God Bumper Stickers made at the Harcourt Outlines in Milroy.

The family of Howard Lower created this Life Tributes page to make it easy to share your memories.

Howard Lower, 92 of Rushville, passed away at home on February...

Send flowers to the Lower family.