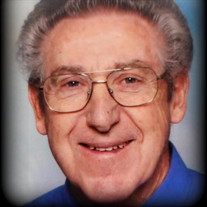 Donald R. Porter, 79, of Rush County, passed away at his home on May 10, 2022. He was born February 4, 1943 in New Castle to Willard C. & Martha M. (Bell) Porter Barton. Don was educated in both Knightstown and Rushville, both formally and through an open minded curiosity that led him to explore the natural world around him. He was a 1961 graduate of Rushville High School, and carried his love of the natural world to a Bachelor’s degree in Earth sciences and a Master’s degree in Education at Ball State University. He married Roberta G. (Hammontree) Porter on June 10, 1967 in Logansport, Indiana, with a loving union of 48 years that lasted until her death in 2015. Don was a retired public school teacher with Rush County Schools, with three decades of experience teaching social sciences at the middle and high school levels, as well as many years of coaching the cross country and track teams. He spoke eloquently in honor of our Nation’s veterans at many public events, out of respect and love for his own father’s service and sacrifice as well as for the many great men and women that helped raise him. Don is survived by his sons and their families, Donald G. Porter & wife Marian of Knoxville, MD, Robert C. "Chuck" Porter & wife Susanna of Unadilla, NE and Bradley S. Porter of Boulder, CO; grandchildren, Riley & Emma Porter and Matthew, Jennifer & Kimberly Porter; and sisters Rebecca McCormick of Charleston, SC, Regina Cummings of Columbus, IN, and Susan & Elton Halcomb of Rushville, IN, sisters-in-law, Ednamae Bowman, Karen Skelton, Sandy Spencer & Lynda Warner and many loving nieces, nephews, and cousins. Don was preceded in death by his parents, step father, F. Randall Barton, in-laws, Robert C. “Bob” & Geneva Hammontree, brother-in-law, Robert C. “Chuck” Hammontree, his brother, Melvin Barton and nephew, Matthew Halcomb. Services will be held at 10 AM Friday, May 20, 2022 in Moster Mortuary, Rushville where friends may visit the family from 4-8 PM Thursday, May 19. Burial will be in the Glen Cove Cemetery in Knightstown. Memorial contributions may be made to the Thank a teacher Fund thru the Rush County Community Foundation or thru USLA Bank to the Matthew E. Halcomb trust fund that was established to help care for Don’s great nieces. If you’re not feeling well, please stay home. We will be livestreaming the service. You can access the livestream at mostermortuary.com by simply visiting the Donald R. Porter tribute and clicking on the video icon.

Donald R. Porter, 79, of Rush County, passed away at his home on May 10, 2022. He was born February 4, 1943 in New Castle to Willard C. & Martha M. (Bell) Porter Barton. Don was educated in both Knightstown and Rushville, both formally and... View Obituary & Service Information

The family of Donald R. Porter created this Life Tributes page to make it easy to share your memories.

Send flowers to the Porter family.