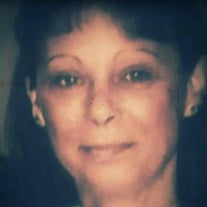 Debra “Debbie” L. McQueen, 64, of Rushville, passed away on April 30, 2019 in Rushville. She was born April 17, 1955 in Virginia to the late Clifford and Patricia (Pea) Wayt. Debra was a 1973 graduate of Rushville High School and attended cosmetology school. She drove a school bus in Franklin County for several years then went on to driving for Shares. Debra loved her crosswords, meeting new people, and her dogs. She enjoyed listening to gospel music. Debra is survived by her daughter, Jamey (Ronald) McQueen and son, Corbin McQueen both of Andersonville; sister, Donna Wayt of Angola. She will also be missed by her grandchildren, Bradley McQueen and wife Vanesa, Ashley Fultz, Justin Renfro, and Ronny Renfro, great grandchildren, Carter, Chloe and Carly McQueen and Mason Wilson. She will also be missed by her nieces, Mandy Price, Amy Matney, and Lisa Webb. Debra was preceded in death by her parents, Clifford Wayt and sister, Diane Maple. Private graveside services will be held in Rushville’s East Hill Cemetery. Moster Mortuary, Rushville, entrusted with arrangements.

The family of Debbie L. McQueen created this Life Tributes page to make it easy to share your memories.

Send flowers to the McQueen family.