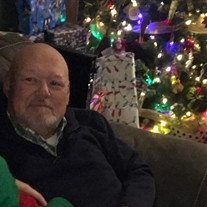 Cloyd D. Rouse, Jr., 59, a lifelong Rushville resident, passed away March 15, 2019 in Greensburg. Cloyd was born January 26, 1960 in Rushville to Cloyd, Sr. & Pauline (Smith) Rouse. He was a 1978 graduate of Rushville High School and graduated in 2003 from Indiana Wesleyan University with an Associate’s degree. He married Anna M. Shepherd on July 11, 1981 and she survives. Cloyd believed in hard work and dedication. He spent most of his years working at Collins & Aikman in Morristown, IAC/Lear Transmission in Edinburg and retired in 2015 from Wabash Technologies. He was in quality & plant management throughout his career. He attended the Rushville Church of Christ. Cloyd was an avid race fan. He was a loving husband and father and the biggest supporter of anything his grandkids were involved in. He will be remembered as the “Old man” at any derby event that his son was a part of, Papaw to 6 grandkids, and Dad to his kids. In addition to his wife, Anna, of Rushville, he is survived by his son, JR (Erica) Rouse of Rushville, his twin daughters, Amanda Rouse of Rushville and Brandy (Scott) Evans of Rushville, his grandkids, Emily & Cole Rouse, Dominick, Ethan, Khloe and Mason Evans, a brother, Louis Rouse of Rushville, a sister, Angie Rouse of Anderson and several nieces & nephews. A memorial gathering will take place at the Rushville Church of Christ on Thursday, March 21, 2019 from 4-8 PM. The family wishes for all to wear their racing or sporting gear in memory of Cloyd. In lieu of flowers, donations can be made to the American Kidney Foundation. The family also wishes for you to find your local short track this summer and enjoy the sport that Cloyd loved most! Moster Mortuary, Rushville, entrusted with arrangements.

The family of Cloyd D. Rouse Jr. created this Life Tributes page to make it easy to share your memories.

Send flowers to the Rouse family.