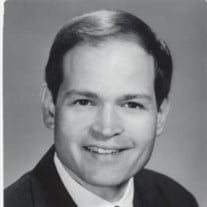 Charles “Bill” William Compton III, 68, passed away at his home in Bloomington on July 4, 2020. Bill was born on April 6, 1952 in Indianapolis to Charles William Compton II and Kathryn Cookson Compton. He graduated from Rushville Consolidated High School in 1970 and from the Indiana University School of Business in 1974. He was a proud member of the Beta Theta Pi fraternity at IU, and remained an active alumnus with the organization throughout his life. Bill married his high school and lifelong sweetheart, Christina Brown Compton, in 1974, sharing nearly 40 loving years with her on this earth. Bill was a commercial loan officer with Irwin Union Bank in Columbus, Indiana, and later with Monroe County Bank in Bloomington, a career spanning decades and in which he garnered countless meaningful relationships. He was a member and past president of the Bloomington Rotary Club, and thoughtfully mentored IU undergraduates at the business school. His unwavering commitment to fairness in all matters earned him universal respect among all who were fortunate to know him. Bill was an avid IU sports fan, especially basketball, and enjoyed watching and participating in nearly every conceivable sport. He was often seen walking his trusty dog, Rommel, throughout Bloomington, and enjoyed spending time with his children and grandchildren. He was a truly remarkable man in his ability to find and project positivity in his own and the lives of others. Surviviors: Daughter, Katie Reising (Adam) of Richmond, IN, Son, Daniel Brown Compton of Bloomington, IN. Siblings: Tom and wife Josalyn Compton of Connersville, IN, John and wife Jean Compton of Concord, MI, and Robert and wife Connie Compton of Carmel, IN. In-law relatives: Marylee Brown of Bloomington, IN, Maureen Brown Thompson (Steve) of Manteo, NC, Daniel P. Brown of Bloomington, IN, and Rosalie Brown Romagnoli (Joe) of Blackwood, NJ. Grandchildren: Yxta Compton (13), Samuel Reising (15), Claire Reising (14), and Sophia Reising (10). Graveside Services will be held on Friday, July 10, 2020 at 11 AM in Manilla Cemetery, with Pastor John Walker presiding. In lieu of flowers, the family requests that contributions be made to a business scholarship created under Bill’s name at the Indiana University Foundation. Moster Mortuary is in entrusted to the arrangements of Bill.

Charles &#8220;Bill&#8221; William Compton III, 68, passed away at his home in Bloomington on July 4, 2020. Bill was born on April 6, 1952 in Indianapolis to Charles William Compton II and Kathryn Cookson Compton. He graduated from Rushville... View Obituary & Service Information

The family of Charles W. "Bill" Compton created this Life Tributes page to make it easy to share your memories.

Charles “Bill” William Compton III, 68, passed away at his home...

Send flowers to the Compton family.