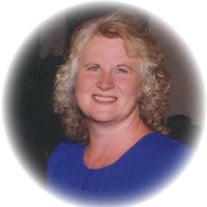 Barbara Ann (Gordon) Bitner, 67 of Arlington, Indiana went to meet Jesus on May 1st, 2022 with her family by her side. She was born on May 5th, 1954 at Rush Memorial Hospital. She was the daughter of the late Marion Morris Gordon and Kathleen (Addison) Gordon. Barbara Ann was a 1972 graduate of Rushville Consolidated High School. She met and then married John Richard Bitner on August 8th, 1976. Barbara Ann was a member of the Ebenezer Presbyterian Church of Lewisville, Indiana and presently is a member of the Little Blue River Wesleyan Church that is near Arlington. Barbara Ann worked, after High School, at the Indiana Gas Company in Rushville. She married John and became a stay-at-home Mom after their first son, Justin Richard, was born on August 8th, 1980. Son’s James Morris (January 16, 1982) and Jonathan Lee (May 10th, 1985) followed. She sold Avon while the children were growing up and then became a Tutor at the Arlington Elementary School for several years. Her kindness and love had an effect on many other children. Barbara Ann fought breast cancer in 1987 and 1989. She defeated that, but was diagnosed with pancreatic cancer in 2017, followed by Leukemia in 2021. She fought those battles to the very end, never giving up. She fought with valor because of her love of family and her Love of Lord Jesus. Jesus directed her to the wonderful Doctors and Nurses at the Sue Ann Wortman Cancer Center in Greenfield. Barbara Ann is survived by her loving husband, John and sons, Justin (wife Sabrina) of McCordsville, Indiana, James (wife, Jane) of and Edinburgh, Indiana, and Jonathan (soon to be married to Olivia Brown) of Rushville, Indiana. She was blessed with four wonderful grandchildren, Jazlynn Grace, Jayson Michael, Colton Michael and Kaitlyn Ann, plus two wonderful step grandchildren, Sydney Elizabeth and Samantha Kennedy. Barbara Ann will also be missed by her siblings, Donald (wife, Kris) Gordon, Richard (wife, Micki) Gordon and sister, Janet (husband, Jim) Gordon Farrow. Barbara Ann was preceded in death by her parents, Marion and Kathleen and a brother, Phillip Lee. Funeral services will be held on Thursday, May 5, 2022 at 10 AM at Little Blue River Wesleyan Church, with Pastor Aaron Marshall presiding. Friends are welcome to visit the family from 4PM-8PM on Wednesday evening at Moster Mortuary. Burial will be held in Arlington East Hill Cemetery. Memorial contributions may be made to Blue River Wesleyan Church in memory of Barbara Ann.

Barbara Ann (Gordon) Bitner, 67 of Arlington, Indiana went to meet Jesus on May 1st, 2022 with her family by her side. She was born on May 5th, 1954 at Rush Memorial Hospital. She was the daughter of the late Marion Morris Gordon and Kathleen... View Obituary & Service Information

The family of Barbara Ann Bitner created this Life Tributes page to make it easy to share your memories.

Send flowers to the Bitner family.